A new take on the old World of Darkness (oWoD), this is a play by post Vampire and Werewolf game (with some crossover to other genres).

Welcome to Rhode Island by Night. Have a look around, submit a character, and join us.
Latest topics
» Guidelines for Clan Availability for PC Vampire Characters

» GEN: History of the Domains

All information is strictly OOC.  You'll still need appropriate Lores to know that some of these clans exist(ed).

Apis [Banned] - They were wiped out during the War of Rage.

Grondr [Banned] - They were wiped out during the War of Rage.

Kitsune [Banned] - No, sorry. This is the World of Darkness, not an anime convention.

Nagah [Banned] - They're believed to be extinct, so there's not many of them. They're not well liked by other changing breeds.

Nuwisha [Restricted] - Not many of them. For mature role players only.

Rokea [Restricted] - It would be a pretty strange concept that would work for this game
_________________
Storytellers, by the very act of telling, communicate a radical learning that changes lives and the world: telling stories is a universally accessible means through which people make meaning.
-Chris Cavanaugh

"Every time I try to talk to someone it's 'sorry this' and 'forgive me that' and 'I'm not worthy'..."
-God, Monty Python and the Holy Grail

Re: Guidelines for Tribe Availability for PC Garou Characters

At this writing, no fera are being accepted at this time.  This is unlikely to change unless a self-contained group comes into play.
_________________
"Phoenix took me. Carried me in his claws. High above the world. And I looked. I beheld the future." 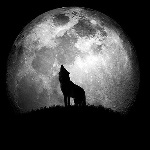