A new take on the old World of Darkness (oWoD), this is a play by post Vampire and Werewolf game (with some crossover to other genres).

Welcome to Rhode Island by Night. Have a look around, submit a character, and join us.
Latest topics
» Guidelines for Clan Availability for PC Vampire Characters

» GEN: History of the Domains

For all you vampires out there who want to shed their burdensome Humanity, this is for you.  As several people have asked over the last couple of days, I figured a detailed explanation on how conversion to a Path is handled.

First and foremost, you need to have a teacher.  A teacher must have at least a 4 in the path you are seeking to adopt.  It is possible, through research and education to learn of the basics of a path, and begin acclimating yourself to the demands of that Path on your own, but to make the actual leap, you must have that teacher.

Then begins the process of breaking down your Humanity (or Path, if you are attempting to switch from one Path to another).  That process is not so simple as just running rampant down your Hierarchy of Sins like a checklist.  The acts that degenerate you should have some bearing on the Path you are attempting to adopt.
Once your Humanity or Path has dropped to a 3 or lower, if your teacher thinks you are ready, you may Test yourself.  This test will have direct bearing on the Path being sought, and is typically an atrocity by the standards of any other morality.  You will then make a Willpower roll.  If you score one success, congratulations, you are now a follower of the Path you sought, with a rating of 1 (be careful).  If you score 3+ successes, you start with a Path rating of 2.  If you fail, you will degenerate, and after waiting a period, take a new test (and pray you don't degenerate anywhere in between).

Being deemed ready to take the test is the hardest part.  The period this will require will depend on many intangibles.  There is no set time period.  Some paths, especially those that are replacing Conscience and/or Self-Control with Conviction and/or Instinct, are more difficult to prepare yourself for than those that retain Humane virtues.  Things about your character may make this process more or less difficult.  Someone who has lived the life of a soldier will have a far easier time switching to the Path of Honorable Accord than they would the Path of Cathari.  Nature matters in this formula.

It is possible to attempt to put your character through a crash course and adopt a Path quicker than would be prudent.  Keep in mind if you choose this route, the difficulties will be higher, and the chance of your character's Beast taking control all the greater.

Adopting a Path brings the VERY real risk your character will degenerate to the point they become an unplayable monster.  Know that going in.  If that's how the dice fly, you brought it on yourself.  Your get-out-of-death free card, if still available, cannot be called upon in this circumstance.  You chose this.  Do so knowing the risks.

so anyone can teach now?

The test- is it devised by the teacher, or the pupil? 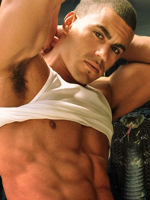 This is actually very good, and everyone should give it a look.  ESPECIALLY if you play Sabbat.